"Banja La Mulungu - Kukhala ndi kuchita." This was the theme of the AEC Central Region Youth Camp for this year. In Chichewa, it means “Family of God – To be and to do.” Along with the other camp co-organisers/speakers - Luke (SIM Missionary with Sports Friends) and Fostance (departing AEC National Youth Coordinator) - we wanted to explore with the youth the idea of ‘being the Church.’ But without using the word “church” because most people often associated it with being ‘a building that Christians go to worship God.’ It misses the relational aspect of church as being ‘God’s people,’ whereas, 'the family’ emphasis relationships and responsibility to one another. As part of the morning Bible talks, we looked at the topics: ‘Adopted into God’s family’, ‘Living as God’s Family’, ‘The mission of God’s Family’ and ‘Persevering in God’s Family.’ 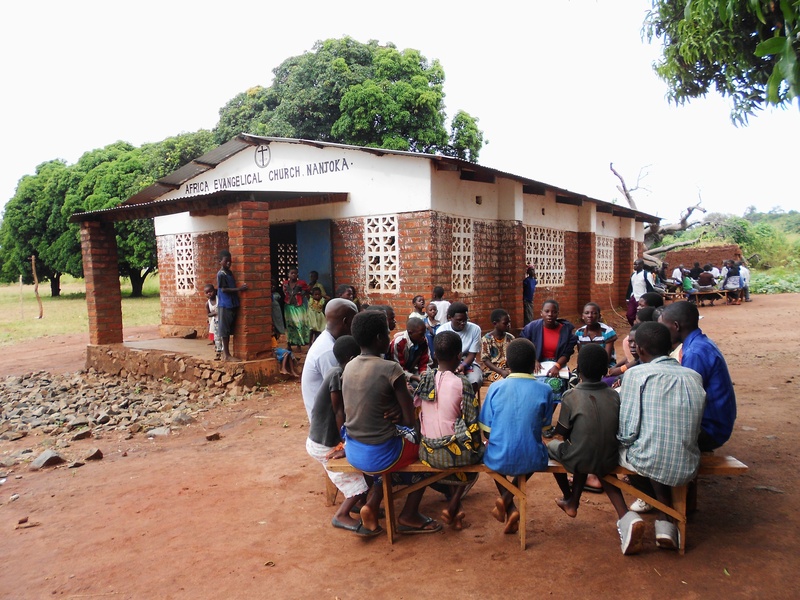 This youth camp was held in Nanjoka, a rural village in Salima. Normally, it would take approximately 4.5hrs drive to get there from Blantyre (where home is), but on the way up, we (Fostance, Chisoni – the new AEC Youth Coordinator – and me) did a slight detour to stop by a town to buy cheaper tomatoes, cabbages, potatoes and other food supplies for the camp. But it became a very long detour as we ended up driving all the way up to Lilongwe (the other capital city of Malawi) and then back down to Salima. We left Blantyre at 10am and didn’t get to Salima until 5:30pm!!

There were about 210 youths who came to the youth camp from about 10 AEC churches in the Central region of Malawi. It was a mix of ‘village’ youth from the Salima region and the ‘urban’ youth from Lilongwe. On the first night of the camp, heavy rains came, despite not having rained there for about 2 months. The rains completely drenched the boys in the early hours of the morning as they were sleeping inside a temporary grass-thatched shelter, especially made a day before the youth camp! But, they showed great attitude and did not complain and accepted it as part of the camp experience. Fostance and Chisoni were able to find a vacant house nearby and rent it for the boys to stay in for the rest of the camp. Running a youth camp here in Malawi is by far very different to the ones I have organised back in Sydney. You can only plan so much here and the rest you have to literally leave it in God’s hands! There is no such thing as registration so you cannot be sure of the numbers coming. You just have to go with the flow, and trust God with the outcome! 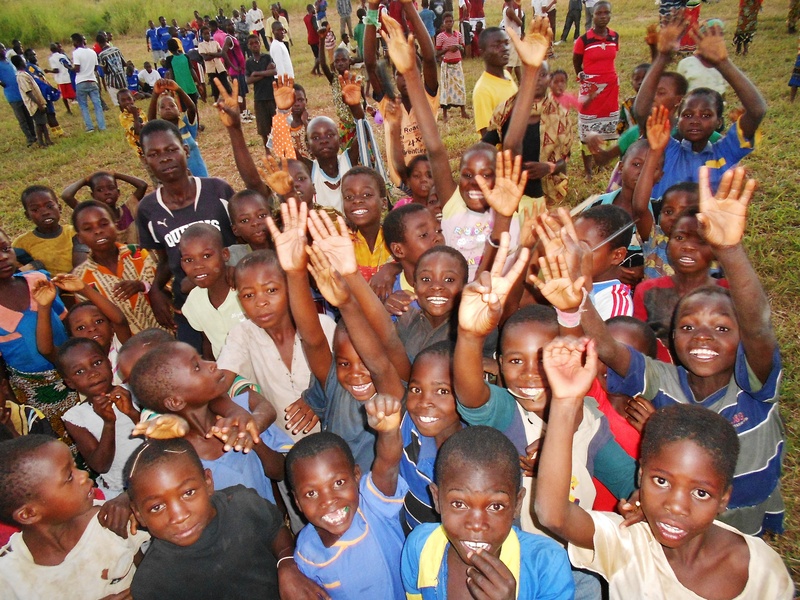 Besides the Bible talks in the morning, we also had other sessions looking at practical aspects such as:

The Q&A time gave the youth an opportunity to ask any burning questions that they had. Boy, were there a lot of questions! We, on the Panel Panel knew from the start that we would not have enough time to answer all the questions, and so we selected the questions that we felt were typical of the set and for which we could answer adequately.

Some of the questions ranged from:

- What are the grounds for divorce?

- Can I go out with an unbeliever?

- Does God send terrible diseases like HIV/AIDS to punish people?

- Can I wear a skirt above my knees? or can girls wear trousers?

- What kind of things should I look for in a future marriage partner?

Each one of these questions are worthy of a blog entry themselvs, but the one that grabbed my attention was on divorce. This came as abit of a surprise to me as I didn’t think divorce would be an issue here in Malawi given the strong emphasis on the family and community orientation in African culture than the Western culture. So if this was the case, why would the youth be asking this considering that many of them would not even be married yet (if any at all)? So I probed abit deeper to find out why this might be the case when I got back from the camp. What I discovered was that my assumption was incorrect and that in Malawi, the divorce rate is in fact increasing! According to one study, estimates of divorce in rural Malawi is as high as between 40-65%. The study also suggests that women use divorce mainly as a strategy to reduce their own risk of HIV infection.  Given that Malawi is one of the African countries hardest hit by the HIV/AID pandemic (with a current prevalence rate at about 11%), I can understand why the women would use divorce as a preventative measure from getting HIV from their infected husbands. So if this was what the youths had in mind when they asked about the grounds for divorce, I can understand why they would ask that. Maybe some of them have parents who have been divorced for that reason? Or maybe for the rural girls it might be a reality that they wilI soon face in the future? I don’t really know for sure, but it has certainly caused me to think more deeply about this issue, and about the social impact of HIV/AIDS especialy on the youth in relation to their families. This is one of many issues facing the youth here, and any ministry to them must not only be solid theologically but must be culturally and socially relevant speaking into their situations, and equipping/empowering them to face these issues.

On lighter note... a Malawian youth camp would be incomplete without singing! This was one of the highlights for me. Each church choir was given opportunity to sing the songs that they have been practicing before youth camp, and they all sang so beautifully during the sessions! They also sang and danced to music pumped through loud speakers late into the night! God has certainly blessed the Malawian youths with the gift of singing!

Another highlight for me was watching the fabulous 'Drama/Talent show' presented by the teams. What I observed that was common in all the skits presented was the prominent role that 'Abusa' (Pastors) played in lives of the people here. The youth were fantastic in their acting and displayed a great sense of humour in the way that they comically 'send-up' their Abusa. They protrayed the Abusa as either the solver of all problems or the cause of them! He is protrayed as the hero who exorcises the 'demons' liberating the youth from their bondage to drunkeness and smoking; or as the counsellor who solves all marriage crises. There is so much one can learn about Malawian youth culture simply by watching the dramas they put on.

I have to admit, Youth camp was hard work! By the end of each day, we were all physically, mentally and emotional exhausted. But it was definitely worth it as it was a really special time for the youth. Youth camps are a great platform for ministry to the youth here. As I look back on my on faith journey, many of my ‘mountain top’ experiences have been at youth camps. I can remember to this day the people I went with, the themes we explored, and the commitments that we made along the way. These in a way are like the spiritual milestones of my own growth, and have shaped me as the person that I am today. I hope that the youth camps here will have the same spiritual effect for the Malawian youth as they have been for me growing up. Please continue to pray for all the youth who went to this youth camp that the Gospel will bear fruit in their lives and that they will 'be' and 'do' as God's people in their communities.

Come August,  we will be venturing into Njsanje, the heartland of the AEC to run our second youth camp. This time we will be expecting over 800 youth to turn up!